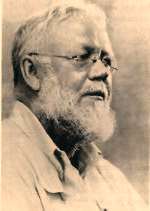 The Radio Society of Bermuda provided a demonstration of two-way emergency communication for students of Whitney Institute.  The demo at The Bermuda Aquarium included a static display of radio memorabilia  including early radio licenses. The event is being held to commemorate the birth of Reginald Fessenden VP9F on the 6th of October 1866. VP9F will be activated from the 2nd to the 7th of October. Royal Gazette article.
VP9F was active from 23 December, 2006 to 2 January, 2007 by VP9 Operators in honour of Reginald A. Fessenden, the first permit holder of VP9F.
Fessenden was a pioneer in radio having made the first AM transmission 100 years ago. 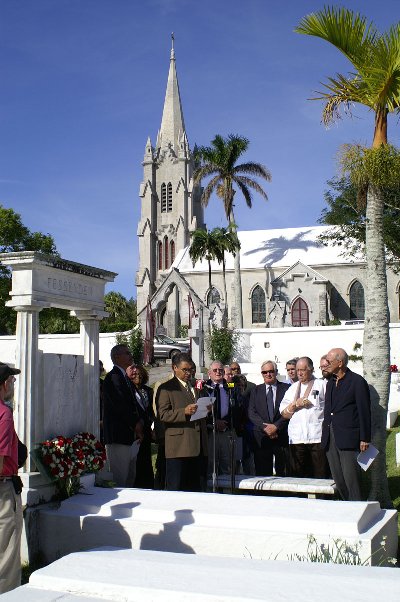 Fessenden was issued the Bermuda Amateur Radio callsign, VP9F, in about 1929.

Reginald Aubrey Fessenden died in his house 'Wistowe' by the sea in Flatts, Bermuda on 22 July, 1932. Burial was in St. Mark's Church cemetery, and over the vault was erected a memorial with fluted columns. On the stone lintel across the top were inscribed the words:

Beneath the scribed words, in the picture-writing of the ancient Egyptians was

I am yesterday and I know tomorrow.

His son summarized his greatest achievements in one sentence: "By his genius, distant lands converse and men sail unafraid upon the deep".
(Photo shows a Memorial Service on 22nd December 2006 marking the 100th Anniversary of the first AM Radio transmission by Fessenden)

The answer to all seven questions is Reginald Aubrey Fessenden, a Canadian-born radio pioneer, working in the United States. Fessenden must clearly be the pioneer of radio communications as we know it today. I wonder how many of you have heard of him?
History of radio link
Link to Christmas Eve Broadcast:
http://groups.msn.com/fessenden/christmasevebroadcastandchristmaspresents.msnw
Link